The Mythology of Natarajasana – Dancers Pose

In Hindu mythology Shiva is pictured in many different forms. One of the most well-known of these is in his role as Nataraja, the ‘cosmic dancer’. As the cosmic dancer, Shiva is often shown with cobras around his neck, balancing on top of a small dwarf and surrounded by fire. Although this seems like a fearsome picture its symbolism is actually far from it.

According to Hindu mythology, and in comparison to our short human lives, the ages of the world are long. Shiva, the destroyer, is the one responsible for turning the world to dust so that another world can be created in its place – out of the ashes of a fire springs new growth.

For Shiva, each age passes in the blink of an eye and he marks the passing of each age with the beat on the drum that he carries.

Each beat on this drum is both a death and a rebirth and it is to this rhythm that Shiva dances inside a circle of fire that represents ‘samsara’; the cycle of death and rebirth to which life in the material world is bound.

The venom of the cobra (which Shiva wears around his neck) symbolizes the toxic nature of ‘avidya’ (avidya is understood to be our ignorance of our own divine nature, which causes us to identify with the egoic self instead of the transcendental Self). The venom of the cobra is nothing to Shiva because he lives with the knowledge that we are all divine. The practice of yoga seeks to develop this knowledge within us – and understanding of our connection with all of creation.

The dwarf in the imagery of the ‘cosmic dancer’ represents our ignorance. That is, our tendency to identify with our ego. The dwarf is mischievous, he causes drama and leads us astray – but not Shiva who, having mastered avidya, dances atop of this dwarf instead. From his view atop the dwarf Shiva is able to access a higher, more universal, state of consciousness as he continues to dance to the beat of his drum.

As one of three gods in the Hindu trinity, Shiva clears the way for Brahma to do his work. Where Shiva is the destroyer, Brahma is the creator, but Brahma cannot create without Shiva first clearing the path and laying a fertile ground upon which Brahma can rebuild.

The lesson of Natarajasana

When we realize we are not permanently bound to anything – sadness, happiness, youth, old age – we realize we are free. Shiva represents liberation from the fear of change. Truly, as energetic beings we can neither be created nor destroyed; we can merely change form.

Natarajasana asks as to work with fear through its focus on both back bending and balancing. Both can elicit a fear response, which we can release by opening the heart (this is a strong heart opener after all). We can also use this pose to examine our fear of falling and in response, cultivate a willingness to balance right on the edge of our comfort zone.

It is only through balance that a sense of liberation can be evoked, in the way that Shiva has done in the dance of Nataraja. 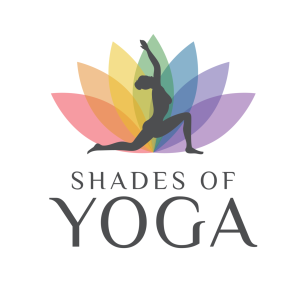